Taco Ticker: Exoticism (Sort of ), Stolen Bases and Tacos in the Desert 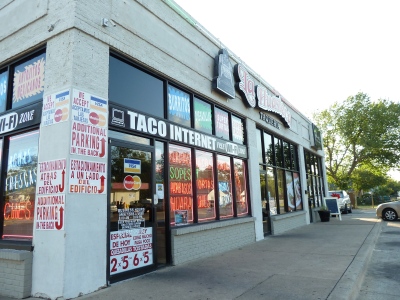 Another Friday, another Taco Internet roundup of the week’s news. Around these parts, I reviewed Taco Party—a Mexico City-influenced lonchera serving up a couple of gems, including fried potato tacos—and the fish tacos of new Oak Cliff sports bar PhD – Pour House Dallas, baby sister of the 17-year-old Pour House in Fort Worth, that finally secured its liquor license. While tacos as a whole were pretty good, they were oversauced but wrapped in terrific, locally-produced tortillas. James Scott of DallasVegan.com took time to chat with me about tacos and the third annual Texas State Veggie Fair, a free, outdoor festival he founded in part because even after going vegan, he pined for the State Fair of Texas’ fried food.

Nearby, Dallas Observer food critic Scott Reitz, stops into Monica’s Nueva Cocina and shares how to cut off hangovers at the pass (hint: it involves Velvet Taco’s breakfast tacos and crazy-good elotes). Teresa Gubbins calls out bully Tex-Mex-for-rich-people chain Mi Cocina for suing family-owned Honduran restaurant Mi Cocina Hondureña in Garland. Kim Pierce at the Dallas Morning News sings the praises of queso, while restaurant critic Leslie Brenner calls them awful. You know what’s not awful? The Arizona Taco Festival, going down this weekend. The producers are an inspiration who have lined up a wonderland of tacos, tequila and awesome for two days of required attendance for anyone in the vicinity of Scottsdale. And then there’s this: END_OF_DOCUMENT_TOKEN_TO_BE_REPLACED