By now you’ve seen Donald Trump’s Cinco de Mayo tweet (see above). In it, he declares his love for Hispanics while eating a taco salad—taco meat, tomatoes, cheese, whatever Mexican-like ingredients in an edible vessel—in his office. The self-contained very American food he was insincerely enjoying was set atop what looks like an image of his swimsuit-clad ex-wife, Marla Maples. Behind The Donald, we see desk drawers partially open. What a mess! Trump’s tweet came on the heels of his becoming the presumptive Republican nominee for president. You can look at taco salad in one of two ways. First, like the tweet, the taco salad is a pandering product of cultural mutation intended to make the mass consumption of Mexican-ish food and Latinidad palatable to the dominant Anglo culture. Or, as a result of endless cross-cultural culinary innovation, something that occurs when two traditions meet and get down. It’s neither good nor bad. The taco salad just is.

The dish began its slow journey to Trump’s desk in the 1950s when it was known as the Ta-Cup, an invention of Elmer Doolin, the founder of Fritos, as Gustavo Arellano writes in Taco USA: How Mexican Food Conquered America. Ta-Cups were sold at the Fritos restaurant in Disneyland. There was no stopping Fritos and the taco salad.

Not so fast. The edible tortilla-like bowl wasn’t yet the default vessel. One of the earliest references to “taco salad” was a recipe run by the Los Angeles Times. Submitted by a Mrs. Marilyn Jones, it was family favorite during hot weather. The salad utilized corn chips—not a fried tortilla bowl. A recipe serving 40 to 50 people published in the March 11, 1965, “Add a Touch of Old Mexico” installment of The Washington Post’s “Cooking for Crowds” column called for tortilla chips.

In 1966, the Los Angeles Times published another taco salad recipe, which prevented the loss of “south-of-the-border flair.” Sunset Magazine printed a recipe as early as 1968, the same year that Solo Cup Operating Corporation was granted a patent for an edible food container that “can be used to hold foods such as spaghetti, chili con carne, chow mein, chop suey, salads of various kinds and, generally, foods in comminuted form. … hold hot foods and which are resistant to collapse from the effects of contact with such hot foods.” 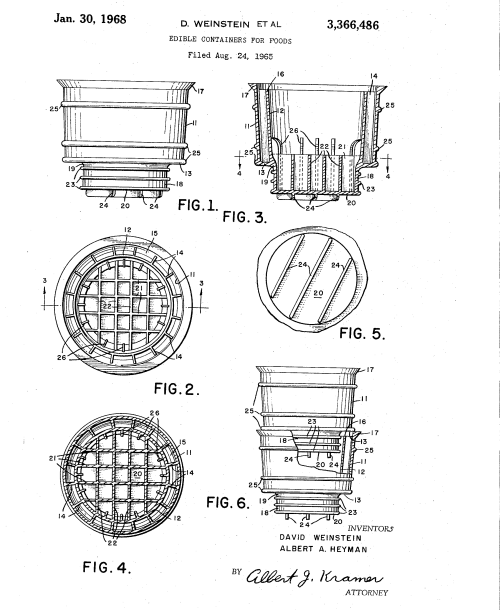 Another object of the invention is the provision of such a container which is easy to handle and which can be held in the hand of a person and carried about with the food placed therein, such as in the case of an ordinary ice cream cone.

A further object of the invention is the provision of an edible container for use in so-called carry-out shops, whereby the food served can be consumed along with the container, thereby obviating the need for throw away containers such as those made of paper, plastic and other nonedible materials and also obviating the need for disposal stations for such throw away containers with the consequent economic loss of materials, space and labor involved in such disposal stations.

Solo Cups’ edible container presaged the standard tortilla bowl, but at the time many of the printed taco salad recipes didn’t call for frying or baking a tortilla bowl. Many of those came years later for at-home consumption via other patents for edible forms, among them is a 1987 filing by Pillsbury Co. The current patent is now assigned to Azteca Foods. There is also the “Dough guide suitable for making taco salad shells” from inventor Ralph E. Weimer. Taco salads spur industry. 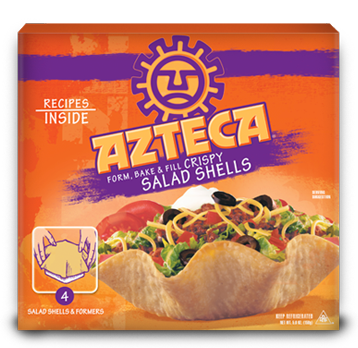 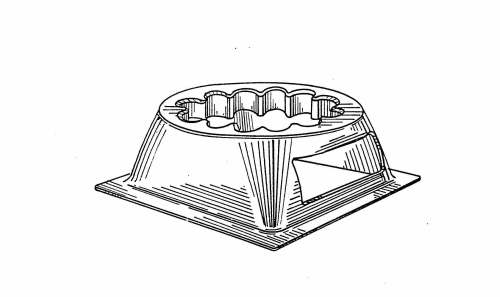 Moreover, several newspaper food sections called the taco salad a dieter’s dream. As the Chicago Daily Defender described it in 1971: “Spice up slimming meals by adding a Mexican flavor without adding inches to the waistline.”

The taco salad was great!

And perfect for schoolchildren, the future that would make America great again, as shortly thereafter, taco salads began appearing on cafeteria menus across the country. By 1984, the taco salad had gained enough cachet to earn a place on Taco Bell’s menu. Ridiculous!

In what wider social context did the taco salad come to prominence? The 1960s saw America struggle with civil rights, declare war on poverty, and shoot for the moon. It became obvious the Vietnam War was unwinnable, and The Stonewall Rebellion ignited the gay rights movement. Taco Bell was established and fast food chains spread across the nation. American Indians occupied Alcatraz. Strife and hope were the signs of the times. Then the cynicism and disco of the 1970s took over. Toward the end of that decade, the campaign slogan “Make America Great Again” entered the domestic lexicon during Ronald Regan’s candidacy for president. The Cold War was going strong. AIDS/HIV was about to ravage sections of the U.S. population.

It was a great time. The taco salad was great. It’s still great. Just great! Of course, if Trump moves into the White House, we might all be subsisting on the taco salads of yore, not the myriad renditions available at big-box restaurants such as The Cheesecake Factory.