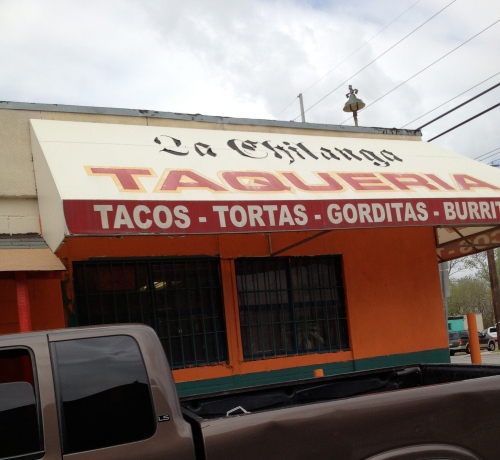 Dallas’ best potato and egg taco is found along Singleton Avenue, near the Trinity Groves. And I’m concerned it’s not long for this world. Until, a friend and I decided to try our luck with lunch at Taquería La Chilanga, the red, yellow, orange and white freestanding taquería at the foot of the Margaret Hunt Hill Bridge, I’d not seen it open for business for months. I had thought it had already fallen victim to the restaurant concepts taking up the development led by uber-restaurateur Phil Romano and partners, at the eatery’s doorstep.

What we found wasn’t a gem but a solid operation making its own corn and flour tortillas by hand, a taquería that deserves constant business.

Lunch was every taco available—a total of seven—on tortillas de maiz hechas a mano split between two customers. We were the only customers. 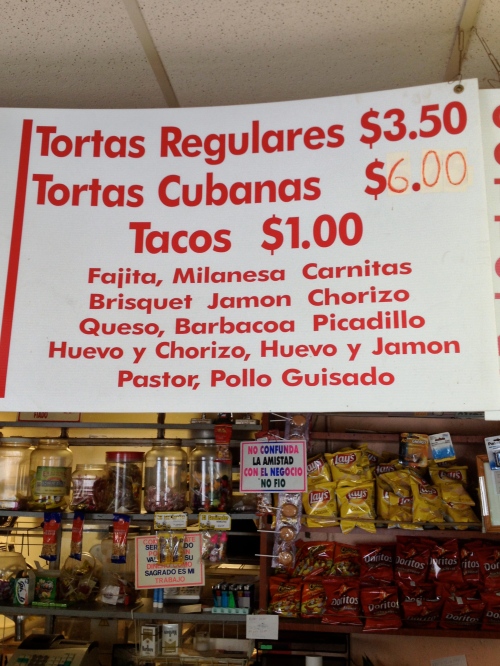 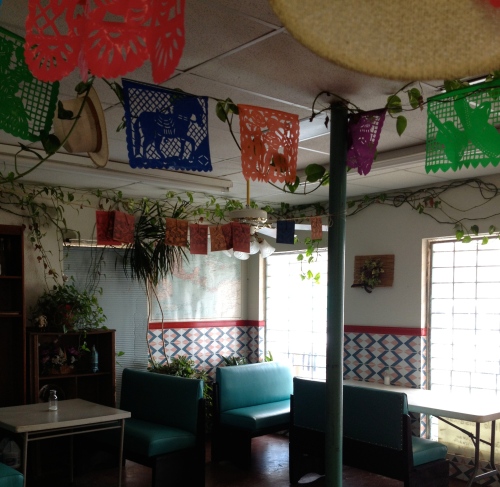 The tacos came on two plastic dishes, one pink, one red, among the selections were the aforementioned best potato and egg taco in town. The sweet corn tortilla barely contained the tight starch and egg mixture, and I ended up picking up and eating the bits of scrambled eggs at the end of our meal. 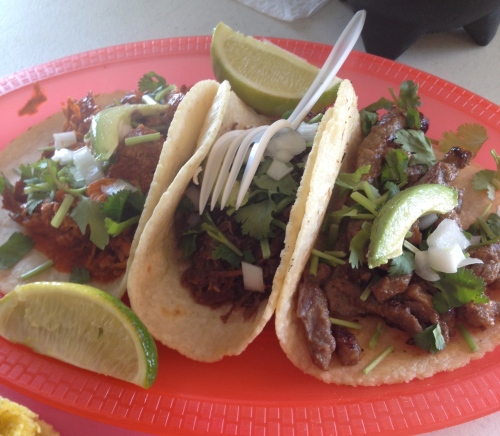 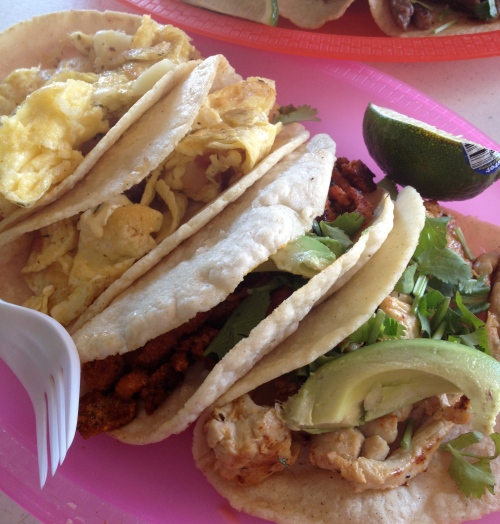 The fajita was the worst of the bunch, requiring thoughtful effort to tear off pieces of well-seasoned, overly chewy beef. The milanesa, breaded steak, was fine, while the barbacoa was an earthy bramble, neither lean or fat-choked. The chicken kept to the right side of the dry line. The brisket and picadillo were quickly swallowed up. The tacos de trompo, a Friday and Saturday special, had good heat but the pieces of pork al pastor weren’t sliced directly from the trompo. I watched as the co-owner reached into a container filled with pork re-marinating in the adobo—if they’d ever seen a trompo; benefit of the doubt, here—and place them on to the flattop griddle. 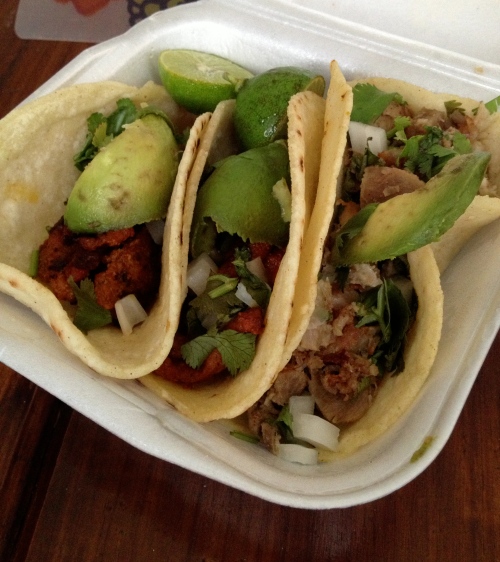 Still, my thoughts kept returning to the potato and egg. Yes, wrapped in a flour tortilla, the filling is a standard Tex-Mex breakfast taco style. However, the corn tortilla evoked the morning tacos of Mexico, such as tacos de canasta and the tacos casero frequently inhaled while rushing out the door. Can’t waste tortillas! And I don’t want La Chilanga to go to waste. It’s not the greatest taquería in town, but the restaurant, run by an elderly couple from Mexico City and San Luis Potosí, is better than average by far. The handmade tortillas make sure of that. Go. Support this taquería with your mouths and dollars. While you’re there, pick up some onions from the grocery produce section by the front door.

One response to “Taquería La Chilanga”