The Best Tacos in Dallas, Give or Take 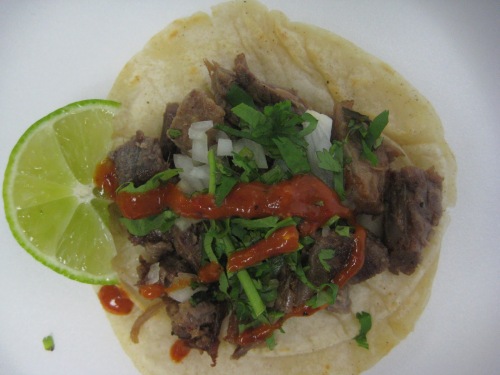 If you’ve picked up the February issue of D Magazine—and if you haven’t, you should—you’ve seen my feature, “The Top 20 Taquerias in Dallas.” Unfortunately, between press time and the newsstand date, two of the restaurants listed shut their doors for good, although both cited they have future projects in mind. Each cited lack of customer traffic. Taco Republic, which wowed me with the Thai Chihuahua and use of tortillas made from nixtamal, closed last month and was ranked number 7 on my list. Taco Republic didn’t make to its first anniversary. Owner Ron Guest placed the blame squarely on the fast-casual joint’s location. Taco Republic was a pain in the neck to get to. Café Maya, made it past the year mark before closing in January, but not by much. The loss of Café Maya hurt. When co-owner Sergio Pinto broke the bad news to me, it felt like someone had thrown hundreds of slap bracelet around my gut. It hurt. And not just because it meant I’d be missing the killer cochinita pibil. Café Maya was a family-owned joint that put it all out there. I hate seeing family restaurants shut down. We need more of them.

What follows are additional write-ups that could’ve been on the list for some reason. About the first: Had I visited the truck more than once before I filed my story, the mobile concern would’ve broken the top 10, as the best taco truck in the Dallas. The second, a Dallas institution owned by one of the standard-bearers of Mexican food and Tex-Mex in this city, was edged out by a late entry. Nevertheless, it’s worthy of an honorable mention, as are Birrieria Aguiñaga, Fito’s #3, La Tejanita and Taco Ocho (which I’ve reviewed in the past).

With a horrible name like Taco Party, your food truck better serve some damn good tacos. Luckily—for us all—Taco Party lives up to its name. The DF-style lonchero (taco truck) owned and operated by cousins Rafael Rico and Eduardo Ramirez trades in tacos distinguished by the non-aggressive flavor profiles dominating the current taco landscape. Everything’s got to be piled on with this chile and that chile worked between ingredients. It’s a bit much. Not for Rico and Ramirez. While they have flavor-quirky tacos (namely the brisket with fried onion rings and an ancho barbacue sauce as well as the steak frites), the men put their stock in wholly unassuming and excellent standards presented with impeccable service: the pastor (sweet, pungent and capped with acidic pineapple cubes), the puerco en salsa verde (a guisado of mighty chunks of pork laced with tomatillo salsa) and the twin fried potato tacos garnished with green, red and white sauces as dainty as any foodstuffs can be. Traditional white fish gets kicked up several notches with a mango-habanero salsa and the frequent off-menu shrimp deal gets paired with bacon. Taco Party isn’t the city’s first straight-up taco truck, but it is at the front of fleet.

You would think a flash-fried flour tortilla shell bearing knurled strips of salty fajita beef (chicken is also an option) binding Jack cheese and striking boulders of pico de gallo capped with a fresh avocado wedge would get soggy if left out. Not so, the Desperados Tacos at Mexico native Jorge Levy’s Greenville Avenue landmark and neighbor to Rusty Taco. The namesake riff on the San Antonio-style puffy tacos, served since the restaurant opened in 1976, is one of Dallas’ iconic dishes from one of Dallas’ iconic restaurants.

At lunchtime, the area around the hostess stand can be as crowded with loyal customers as the entrée platter packed with two Desperados Tacos, a heap of lettuce and chopped tomato—unnecessary—and a bowl of beans garnished with shredded cheese. If you’re pressed for time, consider a dinner seating, which, truth be told, is often as busy. While you wait for a table, scan the framed newspaper clippings and awards hung near the entrance. Take in the history before taking in the Desperados Tacos.

5 responses to “The Best Tacos in Dallas, Give or Take”