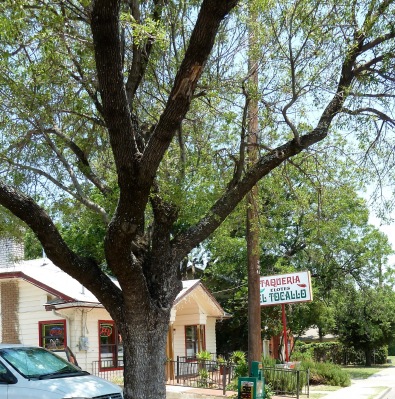 Sunset Avenue is an easily overlooked eight-block strip north of Jefferson Boulevard, but missing it means missing El Tocallo, a taquería inside a converted house with a satellite elote stand in the parking lot it shares with the Christ Episcopal Church. Serving decent taco as well as an array of tortas, quesadillas, sopes and gorditas, the restaurant is a pair of rooms with a narrow counter running along the walls.

When I entered, there wasn’t a soul in the main space, behind the register or working on the other side of the stuffed display case with snow cone syrup lined atop it. A telenovela (a Spanish-language soap opera) was blasting from an unseen TV in the other room. Peeking inside, two women and a young man sat behind another counter eager to see the next plot twist, be it a deadly love triangle or mistaken identity. The gentleman sauntered across the eatery and to the cash register as I scanned the menu above him 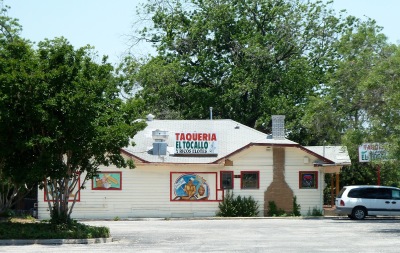 If he seemed put out by a customer, there was no sign of it when I asked for his recommendation. He excitedly suggested the fajita taco. Its twists of beef offered spots of char flirting with dirty griddle top and soft insides, more than I could ask for in a fajita, but should be the norm. 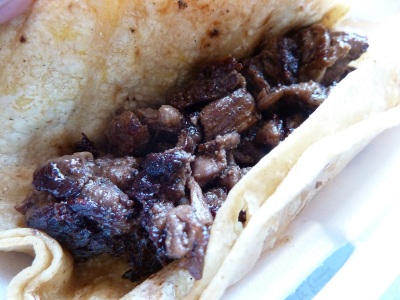 I wanted to curl up for a mid-afternoon nap in the lengua taco. The springy cubed meat, warm, if on the gummy side, yellow corn tortillas and sweet salsa verde were comforting. 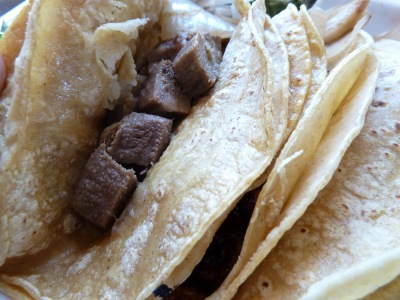 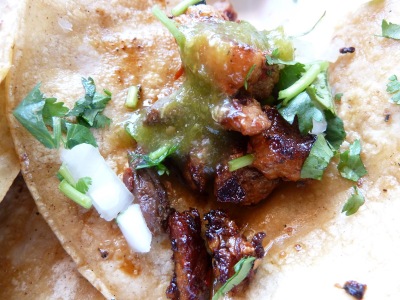 The pastor was as uneven as the lengua was fantastic. The generous application of salt (provided with my order) and salsa couldn’t wrench out anything positive from the pork. I’d like to think if I were able to squeeze any juice from the key lime accompanying the tacos, some semblance of flavor would materialize.

Thankfully, the barbacoa ended my meal on a bright, robust note, satisfying enough for a casual bike ride around the neighborhood and, later for dinner, more tacos.