Ssahm BBQ is Near Perfect 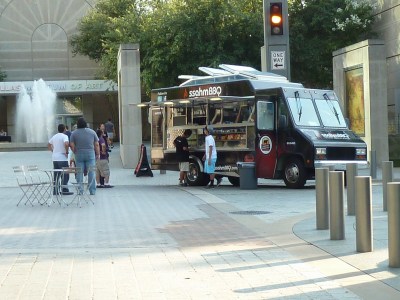 Since the Korean taco craze came to Dallas with Kor BQ, diners’ choices have been expanding. Goghee to Go opened in earlier this year in the former Burguesa Burger space. The latest, Ssahm BBQ, gives the style, a locally new spin—that of the truck. And you have probably gone nuts for it. While I’ll walk a mile in 100-degree heat for their tacos—and I have—the tortillas leave me wanting.

My first experience with Ssahm’s fare was at the Arts District Summer Block. The fillings, like the earthy knots of kalbi beef, were a delightful chemistry of spicy, creamy and toothsome. The tortillas were bewildering. 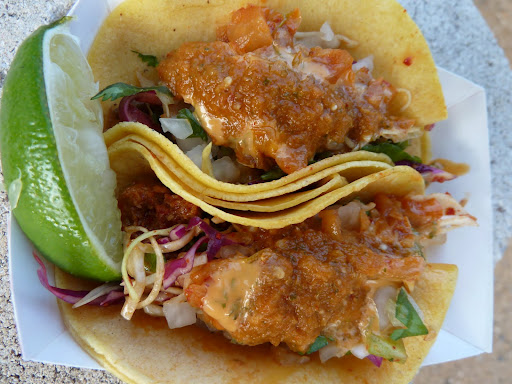 With fusion tacos, the wrapper takes a supporting role to the creativity within. Unfortunately, the owners and cooks of Ssahm managed to produce schizophrenic tortillas on my initial visit. Each of the six tacos my party ordered suffered the same fate. They were warped, crunchy at the sides and near translucent at the center/bottom. Successive, overall happy visits, have earned me wavy, confusing tortillas, intermittently moist and dehydrated. The proteins, however, and the accompanying garnishes, were glorious. Crunchy here. Kicking there. Marvelous between the sheets.
The kalbi holds up against the sweet sesame soy vinaigrette salad its cohort, caramelized kimchee. The cilantro and onion were restrained but their presence was apparent periodically, furthering the delight.
The pork (daeji) was sweet with hints of orange that aided in its concealment among the equally sweet salad. Still, once the heat from the salsa comes from behind, ricocheting across the tongue and the sides of the mouth, the pork proves it the equal of the kalbi.
Also on Ssahm BBQ’s taco menu are spicy chicken (ddak) and tofu (dubu), neither of which I have had the pleasure of sampling. Stepping away from the tacos and entering a realm of the unexpected is the quesadilla, made with a flour tortilla.

Spot on, its slight snap at the edges gave way to a softening shell that in the center that was hot, tender and when chomped into pulled away in threads of cheese hugging beef.

If Ssahm had a tortilla maker on staff, I’d walk further than I’ve had to for their food and pay double the three-dollar price tag for the tacos. It is all that is lacking from an otherwise superb culinary offering in Dallas. If you need to walk for tacos, Ssahm is the way to go